Vietnamese companies have only 20 percent of the online tourism market, with foreign companies taking up the rest. 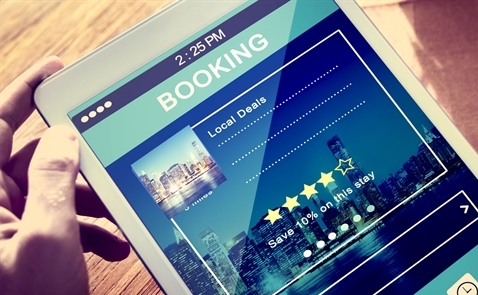 OTAs have appeared in Vietnam

Some local online companies create inconveniences for customers. After booking a tour to South Korea, Dinh Thanh Quang from Vinh City in Nghe An province, for example, had to go to the travel company to authenticate information and make a payment.

According to the Vietnam Tourism Association (VTA), there are about 30,000 tourism companies and 100 percent of them use the internet to advertise and do business .

However, 80 percent of revenue from online tourism goes to the pockets of foreign companies and websites such as Agoda, booking.com and Traveloka.

But analysts believe there are still opportunities for Vietnamese OTAs (online travel agencies).

According to VTA, online tourism remains underdeveloped in Vietnam because the legal framework remains incomplete, and policies are not encouraging.

An analyst noted that travel firms should make heavy investments in online payment methods and marketing. One survey found that 88 percent travelers in Vietnam search for information on internet and 34 percent of travelers book tourism services via the internet.

According to the General Statistics Office (GSO), 12.9 million foreign travelers came to Vietnam in 2017, an increase of 30 percent compared with the same period of 2016.

The World Tourism Organization (UNWTO) says Vietnam is among the fastest growing markets. However, in 2016, Vietnam only ranked fifth among ASEAN countries in foreign travelers, with 10 million, only one-third of Thailand’s.

The inappropriate investment in online tourism is one of the major reasons. Thirty-four percent of travelers book tourism services and few of them book services directly with suppliers.

A report from Nielsen presented at the Online Tourism Day noted that online activity would become more and more important for the industry.

The new 2017 Tourism Law includes provisions on e-transactions in the tourism sector. The Vietnam National Administration of Tourism (VNAT) has proposed that the Ministry of Culture, Sports and Tourism release a circular on the issue.