Football-loving Vietnamese tourists can visit Russia with ease for this year’s FIFA World Cup which takes place from June 14 to July 15. 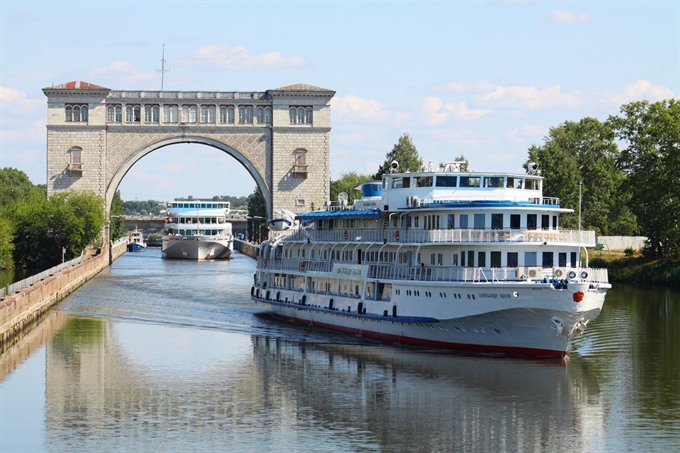 Volga River Cruise is one among recommended tours for Vietnamese tourists to discover Russia. — Photo russia-cruises-travel.com

More favourable visa policies and special tours will be offered for the football spectacle, said the Russian Centre for Science and Culture in a seminar in Hanoi on Friday to promote tourism and introduce the special offers for Vietnamese fans.

Representatives of the Russian Embassy, travel agents and airlines attended the event.

“It should be noted that for the first time in its history Russia will become the host country of the world football championship, so we prepare carefully for the event,” said Russian Andrey Yurievich in Vietnam Vadim V Bublikov.

“Especially for the championship in Russia, 12 stadiums have been made ready, meeting all modern requirements. In addition, more than one hundred training grounds have been set up. We expect to receive about one million tourists on the occasion. For them, 62 new hotels will be opened.”

“Vietnam is always a promising market for Russia. The number of tourists from Vietnam increases every year.”

He said that all who receive a fan’s passport will be able to enter the territory of Russia without issuing visas, as well as enjoy free travel in the days of matches in the cities hosting the sporting events.

Natalia Shafinskaya, director of the centre, revealed the destinations in 11 Russia cities that will host games.

Russian centres of science and culture around the world have already started meeting with fans planning to see the matches of the championship and support their favourite clubs, she said.

“The Russian centre in Hanoi also organises Russian language courses with the theme of tourism and sports to meet the demand of Vietnamese tourists who want to travel to see the World Cup,” she added.