Will Vietnam become the 20th largest economy by 2050?

Many Vietnamese have expressed doubts about the prediction that Vietnam is expected to become the 20th largest economy in the world by 2050, exceeding Thailand, Canada and Italy. 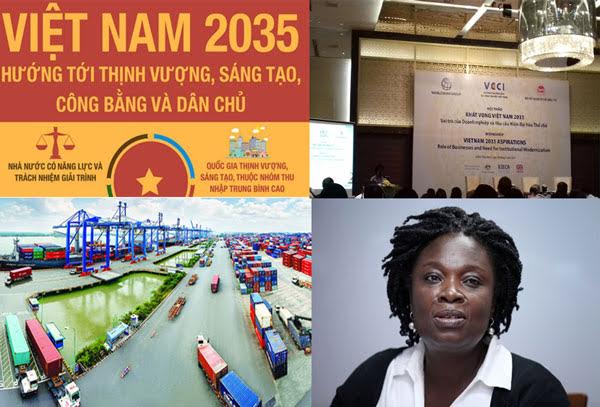 The report released by PwC on February 7, “The World in 2050 – The Long View: How Will the Global Economic Order Change by 2050”,  predicts bright prospects that few have imagined.

The report with predictions about the 33 largest economies, which make up 85 percent of the world’s GDP, says Vietnam, India and Bangladesh would be the fastest-growing economies from now to 2050, with annual GDP growth rate of 5 percent on average.

PwC’s researchers believe that by 2030, Vietnam’s GDP in PPP (purchasing power parity) would be the 29th in the world, valued at $1.303 trillion, while the figure would be $3.176 trillion by 2050. If so, Vietnam’s economy would surpass many other big economies such as Thailand, Canada and Italy.

Dinh Thi Quynh Van, CEO of PwC Vietnam, said that PwC’s report released two years ago predicted that Vietnam would be the 22nd largest economy by 2050. Meanwhile, in this year’s report, Vietnam’s ranking has been upgraded to 20th.

As the world is facing a lot of political changes, including the UK’s Brexit and the new US presidency, the global economy is expected to witness more changes from now to 2050.

However, analysts have noted that PwC calculates Vietnam’s GDP in accordance with the PPP method, which is now rarely used.

Vietnam’s GDP in 2016 was reported at $200 billion. However, if calculating GDP in accordance with PPP, the figure would be $600 billion. The high population of Vietnam, which ranks 13th in the world, is one of the factors which makes the high PPP-based GDP as calculated by PwC.

In 2013, the World Bank, when comparing the scale of economies in accordance with PPP, also reported that Vietnam was the 42nd largest economy, though Vietnam’s GDP was only $120 billion.

An economist commented that PPP-based GDP is rarely used to assess economies. In general, real GDP or nominal GDP are more commonly used because they can more accurately reflect the situation of the economies.

However, while cautious about PwC’s prediction, analysts believe Vietnam economy will take off.

A report of ANZ released in 2014 said the performance of the Asian economy would be affected by 10 major economies, including Vietnam.

Meanwhile, Do Duc Dinh from the Vietnam Socio-Economic Research Center, said it would not be easy for Vietnam to surpass Thailand. “We’d better look at the situation realistically. If we make every effort, we will be able to improve ourselves,” he said.