Cyclo driver fined for ripping off tourists in central Vietnam 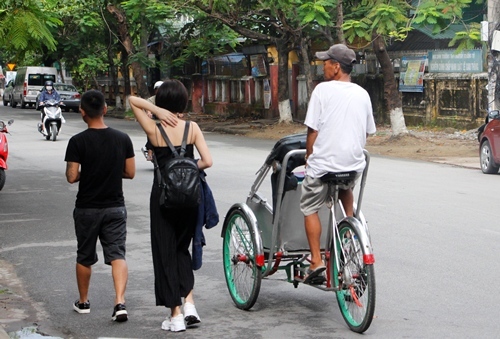 He charged Vietnamese American couple $66 instead of $4 for 6-km ride.

The fine was imposed by the tourism department in the central province of Thua Thien-Hue on Wednesday.

Tong Anh Thanh, 43, was fined for pushing Helena Phan Nguyen and her husband Tony Nguyen, who are of Vietnamese origin, to take a tour of the Royal Citadel in Hue on the night of May 31. The citadel is one of the most visited destinations in central Vietnam.

The American couple reported the rip-off to the provincial tourism department the day after. The incident was investigated and the cyclo driver was asked to return VND1.4 million. However, the couple said they only wanted VND1 million, and the driver could keep the rest, said Nguyen Thai Hoa, chief inspector of the tourism department.

Cyclos, once ubiquitous all over Vietnam, have been banned from most streets in all major cities and forced to survive by depending almost solely on tourists willing to take their tours.

The imperial city of Hue, the seat of the Nguyen Dynasty from 1802 until the end of feudal Vietnam in 1945, stands out from other parts of the country thanks to the Imperial Citadel and royal tombs.

The number of visitor arrivals to the central province grew 12.7 percent in the first four months of this year to 1.88 million, 757,000 of them foreigners.