The visa exemption policy for citizens of five European countries will expire in the next three months. Whether and when it might be renewed are still open questions, creating a headache for tourists and Vietnamese businesses that serve them. 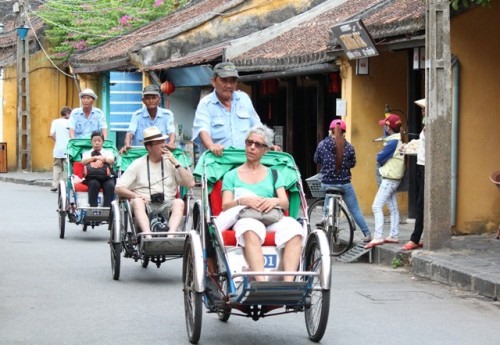 The visa exemption policy for citizens of five European countries will expire in the next three months. Whether and when it might be renewed are still open questions, creating a headache for tourists and Vietnamese businesses that serve them. — Photo dantri.com.vn

To address the dramatic decrease of international tourists to Viet Nam in 2015, the Government granted citizens of the United Kingdom, Republic of France, Federal Republic of Germany, Kingdom of Spain and Republic of Italy a visa exemption for stays of less than 15 days, regardless of passport type and travel purpose from July 1, 2015 to June 30, 2016.

After one year of piloting the visa exemption, Prime Minister Nguyen Xuan Phuc decided to renew the policy for one year, till June 30, 2017.

He made the decision on June 30, 2016 and it came into effect the next day. Similarly, in 2017 when the Government renewed the policy again, it did so only 24 days before the expiration date on June 6, 2017. Therefore, there’s good reason to expect it will be renewed again—but little reason to think it will happen in time for visitors and guides to plan for it with ease.

Nguyen Thien Phuc, an inbound tour operator, said that announcing visa policies too close to the enforcement dates puts both tourism enterprises and tourists at risk. Companies commonly build up tour programmes six months to one year prior. They cannot promote tour packages if the visa is not fixed.

“If Viet Nam suddenly stops the visa exemption policy, a tourist will have to apply for visas in rush when the departure date approaching fast,” he said.

In comparison to other countries in the region, Viet Nam’s visa policies are not as competitive and attractive, with the visa exemption offered only for citizens of 23 countries and territories. That figure is 165 in the Philippines, 164 in Malaysia and 160 in Singapore. Indonesia, aiming to welcome 20 million foreign tourists by 2019, has opened the visa exemption policy for citizens of 169 countries and territories.

The visa-exempt stay duration is only 15 days, quicker than the typical trip of an international tourist to Viet Nam. Moreover, citizens of countries enjoying Viet Nam’s one-way visa exemption to Viet Nam have to bear a passport which must be valid for at least six months and at least 30 days from the departure date from Viet Nam.

Nguyen Quoc Ky, head of Vietravel Company Managing Board, said that these shortcomings obstruct the influx of tourists to Viet Nam.