With Vietnam’s new Covid-19 outbreak contained, some localities have allowed beaches and entertainment services to reopen though anti-pandemic measures remain in place. 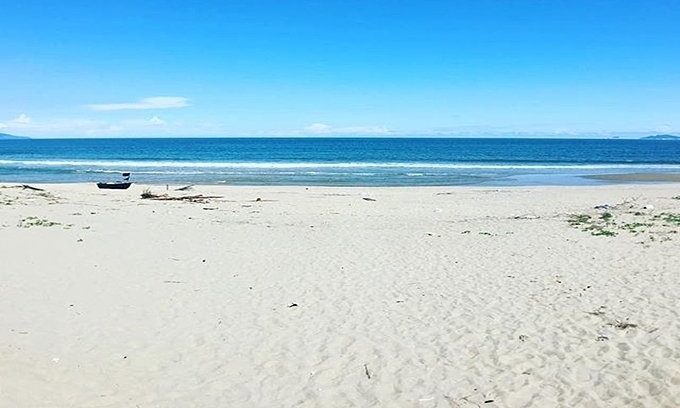 Quang Nam in central Vietnam, home to UNESCO heritage sites – Hoi An ancient town and My Son Sanctuary, reopened public beaches from Thursday. The province boasts a long coastline of 125 km and is home to the beautiful Ha My, Cua Dai and An Bang beaches, as well as Cham Islands.

However, beach-goers are required to keep a distance of two meters.

My Son Sanctuary, a complex of abandoned and partly ruined temples constructed between the 4th and 14th centuries by Cham ethnic people, reopened to visitors starting from Thursday.

Earlier, Quang Nam was a major Covid-19 hotspot, boasting the second highest number of domestic infections at 96 after Da Nang since July 25 as a second Covid-19 outbreak returned to the community.

Hoi An, a famous tourist town, ended its social distancing measures last week and allowed restaurants, food stalls and tourist attractions to reopen though most of the town remained deserted.

Tourism revenues fell 61.8 percent over July to VND974 billion ($42 million) in August as the Covid-19 resurgence slashed travel demand. Since July 25 when the second Covid-19 outbreak arose, many localities closed tourist attractions and deployed anti-pandemic measures to curb the spread of domestic infections.

The tourism sector served 3.77 million visitors in the first eight months, down 66.6 percent year-on-year, with the government closing borders and canceling all international flights except for special cases like repatriation since March and the entry of foreign experts and skilled workers under stringent conditions.

Ho Chi Minh City, which has recorded eight local cases of transmission since July 25, has banned gatherings of more than 30 people and ordered all bars and dance clubs to close since July.

Hanoi has shut down bars and karaoke parlors as well as banned crowded events like festivals and fairs since late July. All restaurant, cafe and pub staff have to wear masks and customers must sit a meter apart.