Solo travel has become an emerging trend among Vietnamese as 47 percent of respondents have embarked on more than four solo trips in the past year, a survey found. 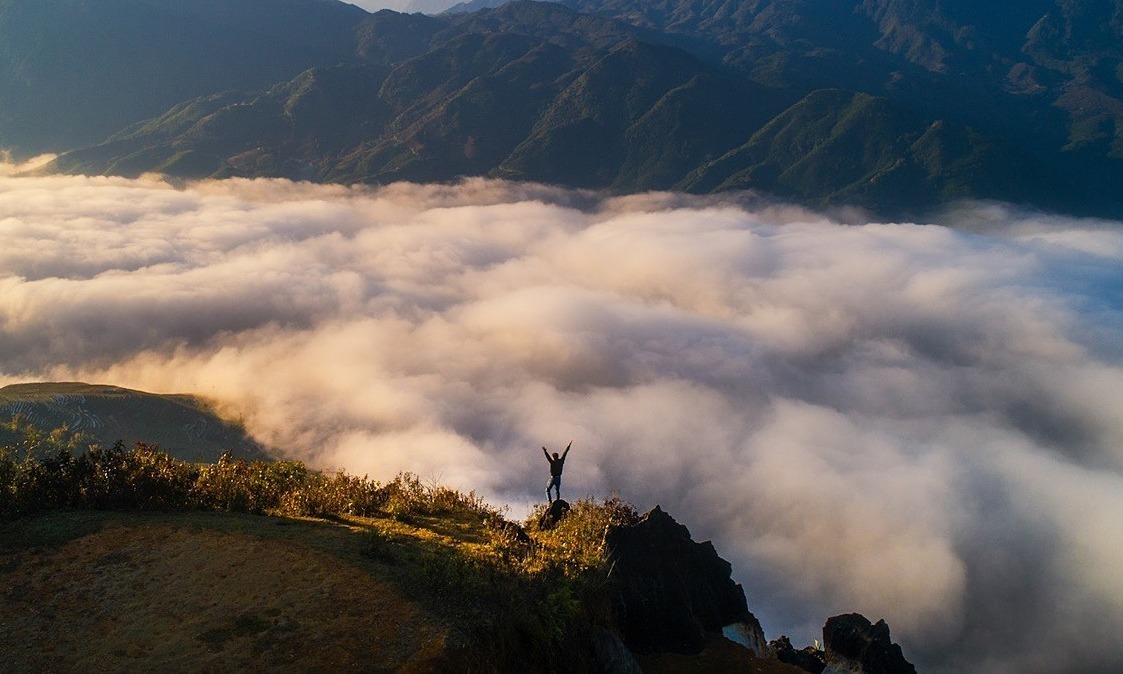 A man stands on a cliff on top of Muong Hoa Valley near Sa Pa in northern Vietnam. Photo by Pham Huy Trung.

43 percent of Vietnamese said they would continue traveling alone this year instead of engaging in tour groups while 33 percent plan to set off on a solo tour next year, according to the survey released Tuesday by travel solution firm Outbox Consulting and leading reservation site Traveloka Vietnam, both headquartered in Ho Chi Minh City.

A total 43.3 percent chose domestic destinations for solo travel while only 28.4 percent looked abroad, said the survey, which polled over 1,047 Vietnamese.

Language differences, visa requirements, and risk awareness are among the most popular barriers influencing traveler decisions when embarking on outbound solo tours, the survey said.

Millennials, those aged between 21 and 34, take up the largest proportion of Vietnamese solo travelers, it said.

The number of females traveling alone is twice that of males, at 60.4 percent and 33.8 percent respectively. A total 52.3 percent of Vietnamese solo travelers are university graduates working as blue-collar workers, with 15.5 percent working as freelancers, 13.1 percent self-employed and 10 percent students.

Last year, Vietnam was listed as one of 30 best solo travel destinations by the U.S. News newspaper, with Ho Chi Minh City named among the top five cities by accommodation giant Airbnb.