In many cases, parties in the tourism supply chain broke their promises to reduce prices, and as a result, travel firms could not provide tours at reasonable fees and travelers felt they were not respected.

The He Tre Travel is still maintaining operation and its staff make calls and send emails daily to introduce tours to loyal clients and to seek new clients. 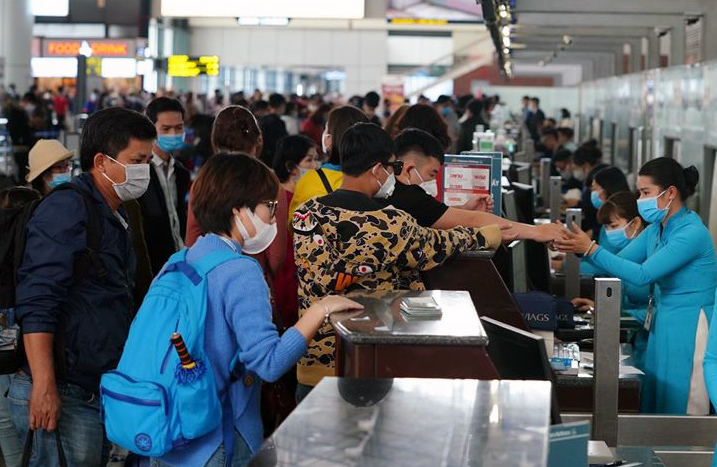 However, according to The He Tre’ CEO Tran The Dung, instead of booking air tickets early as it usually did in the past, the company now only gives one week of advance notice and buys tickets.

“This is the new approach in the Covid-19 period,” Dung explained.

Travel firms and local authorities are looking forward to the second demand stimulus campaign. However, questions have been raised whether the campaign will be effective when it is now the low tourism season, and people are tightening their purse strings.

According to Nguyen Tien Dat, CEO of AZA, people have demand for traveling all year round, not only in summer, so demand stimulus programs are useful at any time, though it may not bring the high results as seen in the summer.

Dat believes that the new campaign should focus on safety, price and quality.

“The demands of most travelers are common, so if travel firms can offer good prices and ensure safety, people will book tours,” Dat said, adding that the targets of this campaign will be retired people, small groups of people who want to travel on weekends, and companies that want to organize MICE tours at the end of the year.

Ho Xuan Phuc, CEO of Hanoitours, said travel firms want assurance from state management agencies that people can feel secure travelling after the Covid-19 outbreak is controlled, and that there is demand stimulus programme for tours.

Regarding the message of the second demand stimulus campaign, Phuc said the price will still be the most important factor.

“If the prices are not good, travel firms won’t be able to persuade people to travel,” he said.

According to Dung of The He Tre, ecotourism, nature and deserted destinations are popular choices for travelers. Popular tours are to the northeast and northwest in autumn to see terraced fields and ripe rice season, tours to Binh Lieu and Co To (Quang Ninh), to Cat Ba and Ha long, and to southern beaches in Can Tho, Phu Quoc, Con Dao and Da Lat.

Experts think domestic travel is the sector that can most easily recover from the epidemic. In June and July 2020, some destinations witnessed a tourism rate as high as in the pre-Covid period.

However, they believe that there is no hope to receive foreign travelers this year. Vietnam is going to reopen some international air routes but the pandemic is still serious in many countries.

The second demand stimulus campaign which targets domestic travelers will be very important for travel firms.

However, experts warn that if the problems seen in the first stimulus campaign cannot be fixed, the program will fail.

Dung said hotels and airlines committed to offering preferential service fees under the first demand stimulus program, but when they saw the numbers of clients, they broke their promises and raised prices.

Dat also complained that hotels in Cat Ba (Hai Phong), Co To, Ha Long (Quang Ninh), Sam Son (Thanh Hoa) and Da Lat broke their contracts they had signed with travel firms after they saw the high number of guests.

Phuc confirmed that as the number of travelers increased sharply in summer, many hotels broke commitments and raised room rates, which caused travelers to lose confidence in demand stimulus programs.

The problems must not occur in the second stimulus program, Dung said. Involved parties in the supply chain, from airlines and transport service providers to hotels, must make public commitments on the service rate reductions and the duration of the preferential rates.

According to Dat, Sa Pa did very well in the first stimulus campaign. The Lao Cai provincial Tourism Department gathered service providers in the campaign. Under the supervision of the local tourism association, those who broke promises were weeded out from the program.