Airlines called for the return of international flights at a symposium on tourism on Thursday.

More than 50 leaders from the tourism industry attended the event held yesterday in Ha Noi by the Viet Nam National Administration of Tourism (VNAT) in collaboration with the Government economic roundtable Board IV and the Tourism Advisory Board (TAB).

At the symposium aiming to find solutions to recover the tourism industry after the COVID-19 pandemic, representatives of Vietnam Airlines, Vietjet Air and Bamboo Airways said foreign markets accounted for nearly half of their revenue and they wanted to open these routes soon.

“The international market accounts for nearly 50 per cent of revenue in the tourism industry in the country,” said Phuong.

At the symposium, most hospitality and tourism firms said they wanted a simulate package to boost local tourism.

BIM Group’s vice president Doan Thi Thanh Mai said: “To the end of the year, it is very difficult to have international visitors,” suggesting the industry should focus on domestic customers.

Mai said she thought it was a chance to restructure local tourism with a focus on local visitors.

“Many local tourists have been attracted to nearby countries such as Thailand, Malaysia or Singapore with their cheaper, more attractive and better services,” she said.

Mai suggested local tourism build a nationwide campaign to promote Viet Nam as a safe destination and create official portals for tourists to learn about famous tourist spots and landscapes in the country.

Agreeing with Mai, Le Khac Hiep, vice chairman of Vingroup said: “ The period should be taken as the time to change the tourism industry for the better.”

Hiep also said he thought Viet Nam should change working schedules and make it easier for families to travel by extending the number of holidays for employees without changing total working time.

Craig Douglas, vice president of investment firm Lodgis Hospitality Holdings said the country needed clear policies and to support large firms in the industry and related industries, suggesting building ties with partners like China and Taiwan, though he added that the domestic and Asian market cannot recover quickly, he said Viet Nam could gradually open its doors as a safe destination.

He said Viet Nam was in a good position because it succeeded in controlling COVID-19.

“The world needs to know this message, it needs to position Viet Nam as a safe haven. It is important that we act quickly and immediately. Launch marketing campaigns as quickly as possible,” he said.

He said thought safety was a prerequisite and important message to attract international tourists and emphasised that Viet Nam needed to strengthen its position as “a safe tourism paradise.”

The manager said it was “a great opportunity to promote the local tourism with such a position.”

Tran Trong Kien, a member of the IV board and TAB’s chairman, said the tourism demand of the market was gradually recovering since the middle of April with more than 50 per cent of local tourists ready to travel again, according to TAB’s latest survey. 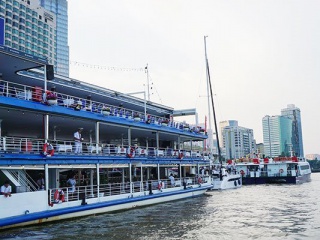