Vietnam was ranked seventh among the world’s 20 fastest growing travel destinations in 2019, according to the United Nations World Tourism Organisation (UNWTO).

In 2019, the number of foreign tourists to Vietnam increased by 16.2 percent year-on-year to 18 million. Visitors coming by airways, road and seaway rose by 15.2 percent, 20.4 percent and 22.7 percent respectively.

Myanmar topped the ranking list with a year-on-year increase of 40.2 percent in the number of tourists in 2019, followed by Puerto Rico (31.2 percent) and Iran (27.9 percent).

2019 is considered a successful year for Vietnam’s tourism when the Southeast Asian country won multiple prestigious titles including top World Heritage destination and Best Golf destination. Vietnam was named as the leading Best Asian destination for two consecutive years alongside with awards from international organisations for airlines, travel agencies, hotels and many other tourism hotspots.

In the Association of Southeast Asian Nations (ASEAN), Vietnam has surpassed Indonesia to rank fourth among the countries with the highest number of international arrivals. 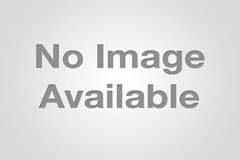