Vietnam has rich cuisine culture but has proved inexplicably incapable of promoting tourism based on its cuisine according to local tourism experts. 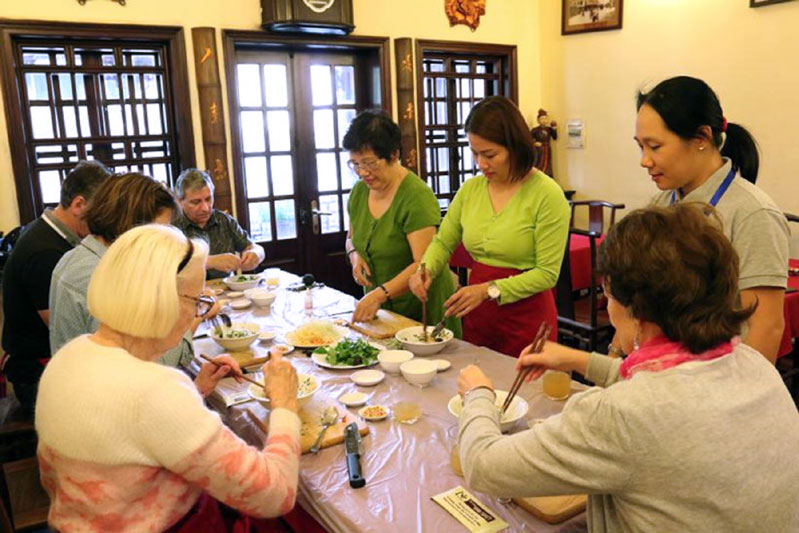 Vietnamese food is hugely popular internationally. In 2015, Vietnam was ranked in top 10 food destination voted by CNN readers. Hanoi placed second in the list of the world’s 10 greatest cities for food selected by the UK’s The Telegraph newspaper.

Vice President of Vietnam Association of Ethnology and Anthropology Vuong Xuan Tinh said tourism and cuisine had a close connection and food was a way to explore a country’s culture.

According to the World Food Travel Association, 25% of tourists questioned said they were interested in food when visiting a country. Statistics from a 2017 report by the World Tourism Organisation showed that 87% of firms consider cuisine a strategic factor in their destinations, 82% agree that cuisine is an important boost to tourism development. Many countries such as France, Thailand and Indonesia place high importance on developing culinary tourism.

However, Vietnam still doesn’t know how to develop tourism on the back of its food.

Chef Pham Anh Tuyet who has received many tourists to her restaurant on Ma May Street, Hanoi, said, “Tourists like Vietnamese cuisine for its balance and harmony. The food is not overly spicy, sour or greasy. They are good for health and good to eat.”

Many conferences have been held over the issue but there is no real development. In 2017, the Vietnam Chef Association was established to develop a brand for Vietnamese cuisine.

Vice head of Vietnam Tourism Association Vu The Binh said the food make the tours more interesting and tourism help promote the food. Over 50,000 chefs working in restaurants and hotels are valuable assets for local tourism, he said.

The association has started a project to build a complex in Tay Thien site, Vinh Phuc Province, to preserve traditional dishes and honour ancient chefs. Various events and competitions will be held there.

Tinh suggested adding cuisine tourism development plan into the national tourism master plan to 2020 with a view to 2030.