After a record-high growth rate in January, Vietnam’s tourism industry has fallen into a crisis caused by Covid-19.

The Vietnam National Administraiton of Tourism (VNAT) estimates that the number of foreign travelers to Vietnam has been 3.7 million this year, a sharp fall of 80 percent compared with 2019. The number of domestic travelers is predicted to decrease by 50 percent despite a lot of sale promotion programs. 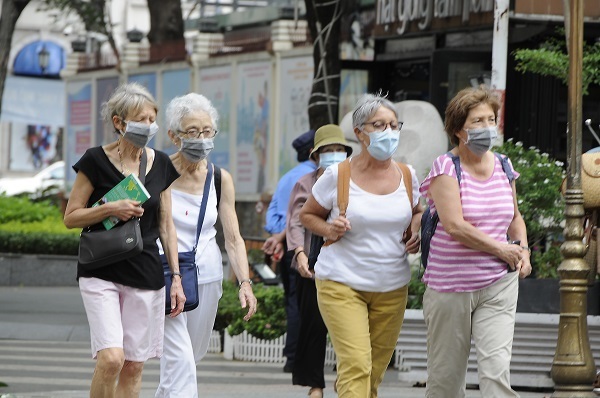 However, Covid-19 offers an opportunity to reconsider the tourism market structure.

Meanwhile, travelers with high spending levels accounted for a small proportion. Travelers from European countries accounted for 12 percent, from the US 5.4 percent, and Oceania 2.4 percent.

The heavy reliance on certain markets leads to huge losses when troubles like Covid-19 occur. In some localities, the increase in number of Chinese travelers is inversely proportional to the growth of European and Japanese travelers. The sharp increase caused overloading in some destinations, putting pressure on local infrastructure and environment.

VNAT said the number of foreign travelers with high spending and long stay is still modest. This explains why in some segments the number of travelers is high, but revenue is low.

That was why the total number of foreign travelers to Vietnam in 2015-2019 increased by 22.7 percent, but the total revenue rose by 20.9 percent only.

Phung Quang Thang from Hanoitourist said at the conference discussing tourism market restructuring on November 19 that it’s the right time to change strategies and choose foreign travelers with higher quality and higher spending.

There are many potential markets that Vietnam should consider.

According to Ngo Minh Duc, chair of HG Holding, the number of Indian travelers has increased rapidly since non-stop flights were first provided. Three or four Indian airlines are queuing to fly to Vietnam.

Duc revealed that about 300 chartered flights from India to Vietnam, slated for March and April 2021, are awaiting licenses.

Tran Minh Hoa, Vice Rector of the University of Social Sciences and Humanities, noted that European travelers to Vietnam are mostly from North Europe, while East European markets have great potential. Therefore, restructuring the market is a necessity.

Thang of Hanoitourist predicted that the market of foreign travelers will only recover in 2022-2024. In the immediate time, Vietnam should target the near markets of Northeast Asia, Southeast Asia and India. When Vietnam opens the market fully, it needs to target markets with high spending capability and sustainability, such as Europe, the US and Australia.

Before the pandemic broke out, many Vietnamese travelled abroad, about 9-10 million travelers a year. There is no exact figure about the amount of money they spent during the trips.

Tam said it is necessary to conduct surveys and analyze behaviors, and spending level of travelers to draw up plan to attract Vietnamese back to the domestic tourism market.

He also suggested drawing up strategies to attract travelers to new destinations, saying that Vietnam still has many beautiful undiscovered sites.

According to Thang, the number of domestic travelers fell from 84 million last year to 50 million this year. As all tourism firms are now targeting these travelers, they have had to slash tour fees to levels ‘which cannot be lower’.

Therefore, travelers will choose tours with differences and high quality. This requires travel firms to be more creative in designing tours and providing services.