A photograph shot in Dak Lak Province of a family reuniting after a long day of farming has won Agora’s Family photo contest. 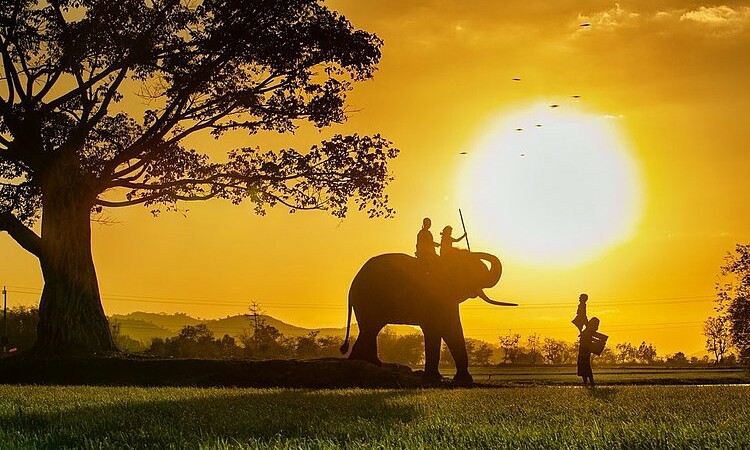 This photograph taken by Nguyen Tan Kuan has won the top prize in the Agora’s Family photo contest.

The photo by Nguyen Tan Kuan shows a man and his daughter riding an elephant home at sunset and his wife coming out of their house with a child to welcome them back. It was shot near the Central Highlands province’s Lak Lake.

The 500-ha Lak Lake, about 60 km south of Buon Ma Thuot Town, is the largest natural freshwater lake in Dak Lak. The area around is home to M’Nong ethnic minority people, who raise elephants and offer rides on them to tourists.

The competition had received 8,405 entries with 50 making the final round of voting.

Kuan said: “I witnessed such a sweet family moment. Through the picture, I wanted to emphasize the importance of a united family to live a happy life.”

Another entry from a Vietnamese photographer, Nguyen Vu Phuoc, showing a man and his son paying homage to a deceased family member at a cemetery in Ho Chi Minh City also made it to the top 50.