The latest statistics from the United Nations World Tourism Organization (UNWTO) show Vietnam sixth among the world’s 10 fastest growing travel destinations in the first months of 2017 and first in Asia, thanks to efforts by the government, ministries, sectors, and localities to make tourism a spearhead industry. 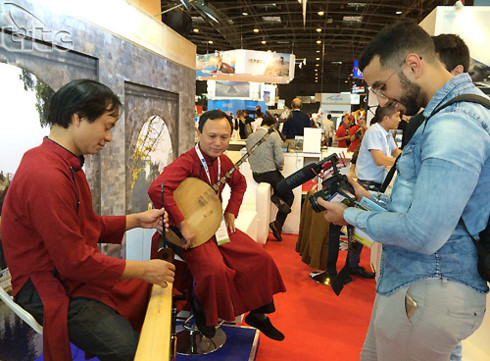 Last year Vietnam welcomed more than 13 million foreign visitors, up 28%. The growth brought tourism turnover to US$23 billion, up more than 25%. Tourism now contributes 7% to the national GDP.

Promoting Vietnam through the APEC Economic Leaders’ Week in Da Nang City and recent comprehensive measures by the tourism sector have also contributed to the growth of tourism.

Truong Sy Vinh, Deputy Director of the Institute for Tourism Development Research, said “A big difference has resulted from the Politburo’s resolution. Investment has been focused on tourism, turning it into a spearhead economic sector. The Law on Tourism has been revised to make the industry more professional and adaptable. Tourism growth in 2017 has greatly boosted Vietnam’s economic development.”

The Vietnam National Administration of Tourism has implemented marketing campaigns, participated in international travel fairs such as Travex in Singapore, ITB in Germany, MITT in Russia, JATA in Japan and Top Resa in France, and welcomed Famtrip delegations to Vietnam to study the tourism market.

Nguyen Van Tuan, head of the VNAT, said “2017 closes with remarkable achievements by the tourism sector. This shows that the goals set by the Politburo are achievable. Promotion activities, especially in the mobilization of resources, have been renovated. The public-private cooperation mechanism through the Tourism Consultancy Council is proving effective, creating breakthrough growths.”

The impressive growth of international arrivals to Vietnam is due in large part to travel agents who have successfully developed their brands and competitiveness in the world market.

Vietnam tour operator Fiditour, in addition to diversifying its products, has coordinated with airlines to open direct flights to key markets.

According to Tran The Dung, Fiditour’s Deputy Director General, “Fiditour has always considered customers its top priority. We have invested in a high-tech system to be able to oversee the service quality of each tour and in a customer care system. We have attached importance to training tour guides to ensure that customers will have the best experience.”

Vietnam hopes to attract 17 to 20 million foreign tourists and 82 million domestic tourists by 2020.