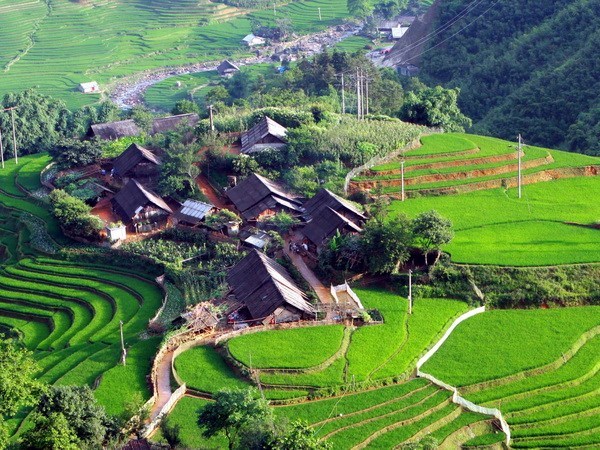 The Vietnam National Administration of Tourism granted the award on April 6, said Director of the provincial Department of Culture, Sports and Tourism Ha Van Thang.

This is the second homestay cluster in Lao Cai honoured with the award – which was first handed out in 2012 – with various criteria such as location, management, safety and security, among others.

This service aims to help tourists experience the daily life of local families and community.

Every year, each ASEAN member country can nominate five homestay clusters for the award.

The homestay cluster in Ta Van commune has 51 households with rooms for visitors.

Statistics released by the provincial Department of Culture, Sports and Tourism, Lao Cai welcomed more than 1.1 million tourists in the first quarter of 2017, including nearly 230,000 foreigners, a year-on-year rise of 56.6 percent.

The tourism sector raked in over 3.2 trillion VND (141 million USD) in January-March, up 150 percent against the same period last year.

The province hopes to welcome at least 3.1 million tourists in the National Tourism Year 2017.