Vietnam’s booth attracted thousands of visitors at the 24th Travel and Vacation Show in Ottawa, Canada, which was held from March 17-18. 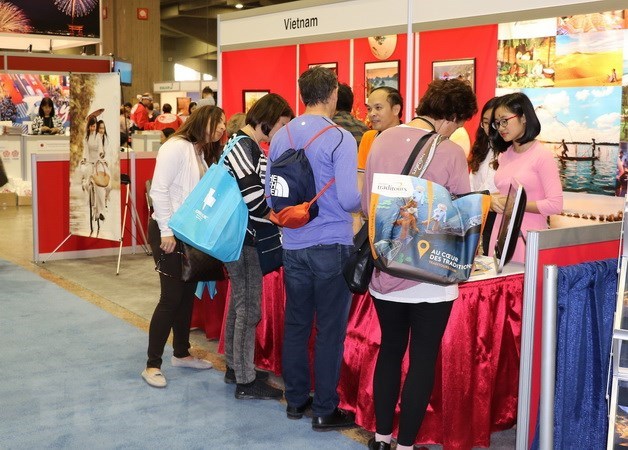 Vietnam’s booth attracted thousands of visitors at the 24th Travel and Vacation Show in Ottawa, Canada, which was held from March 17-18 (Illustrative photo: VNA)

Nguyen Hung Son, Minister Counsellor at the Vietnamese Embassy in Canada, said “Vietnam’s brand” in Canada has grown over the years as the two countries enjoy remarkable development, with visits of Canadian Prime Minister Justin Trudeau and Ontario’s Premier Kathleen Wynne in 2017.

Overseas Vietnamese students and the Vietnamese Embassy in Canada have also contributed to the bilateral relations by joining various cultural exchange programmes in the country, he added.

Several activities was organised at the fair, such as introduction of local foods, a conference on ASEAN culture and “ASEAN Happy hour,” an activity jointly held by ASEAN embassies in Canada.

Last year, the number of Canadian tourists to Vietnam increased remarkably as compared to the figure of 90,000 in 2016, Hoa said.

The Ottawa Travel and Vacation Show is the biggest tourism exhibition in Canada.

This year, the event housed more than 200 stands from 30 countries and territories and drew about 17,000 visitors.