The Consular Department under the Ministry of Foreign Affairs has recommended Vietnamese citizens to avoid nonessential travel to Indonesia as the country has raised the security alert status to the highest level after bomb attacks on May 13 and 14. 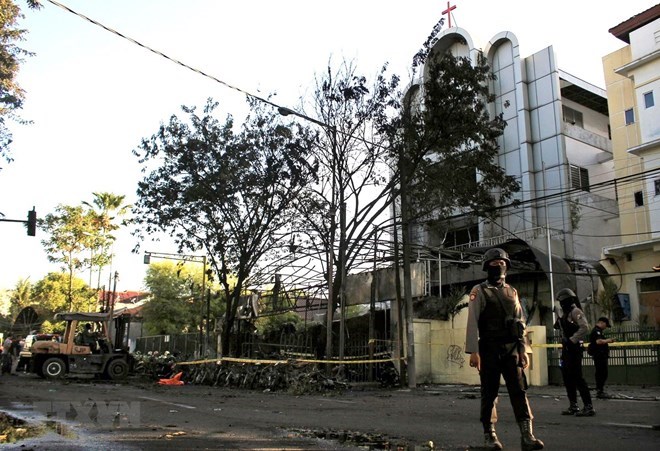 After consecutive bombing attacks in East Java’s Subaraya city, the Indonesia government has allowed its competent forces to open fire to ensure security.

The department advised Vietnamese citizens to keep a close watch on related information. Those who are staying in the country should avoid activities in public places until the Indonesian government announces an end to the state of emergency.

No Vietnamese citizen was affected in the recent bombings, according to the Embassy of Vietnam in Indonesia.

Several terrorism attacks occurred in Indonesia over the past few days, just before the start of the Ramadan month.

On May 13, three Christian churches in Surabaya were hit by bombings, with the perpetrators identified to be members of a family, including four children aged nine to 18.

The bombings were followed by a bomb explosion in an apartment building in East Java’s Sidoarjo town in the evening, which killed a mother and her 17-year-old son. The father was holding a trigger to another bomb when police arrived. He was shot dead before he could detonate.

A family of five, including an eight-year-old girl, conducted the suicide bombing in front of police headquarters in Surabaya city on May 14.-VNA