As many as 200 representatives of nearly 80 travel firms of Vietnam and Japan gathered for a meeting held by the Japan National Tourism Organisation (JNTO) in Ho Chi Minh on January 25. 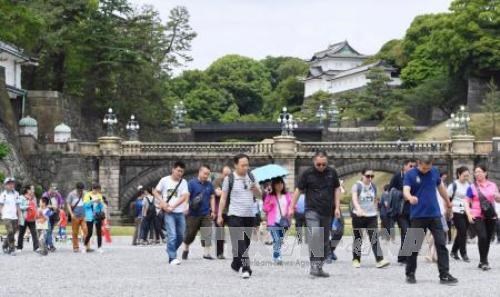 The meeting is a chance for the firms to set up partnership and explore tourism promotion activities in each other’s country, thus fostering friendship between Vietnam and Japan.

Addressing the event, JNTO Vice President Kobori Mamoru said that last year, Japan for the first time welcomed more than 300,000 Vietnamese visitors, a record number from only 55,000 in 2012.

He stressed that this year marks the 45th anniversary of the Vietnam-Japan diplomatic relations, hoping that this will be a favourable stage for both sides to work together to strengthen ties in politics, economy, culture, society and tourism.

Meanwhile, Nguyen Thi Anh Hoa, Vice Director of the Ho Chi Minh City Department of Tourism, said that Japan is one of the top international markets of Vietnam.

In 2017, the city served nearly 400,000 Japanese visitors, up 5.8 percent over 2016, she noted, holding that this is the result of fruitful tourism cooperation between the two countries as well as joint efforts of businesses of Vietnam and Japan.

Hoa said that in 2018, the city’s tourism sector will foster connection with Japanese localities and travel firms to bring more Vietnamese tourists to Japan and vice versa