Bringing Vietnam’s beauty to the world

In 1976, Vietnam became an official member of the United Nations Educational Scientific and Cultural Organisation (UNESCO), opening an important door to integrate Vietnamese culture into the world. 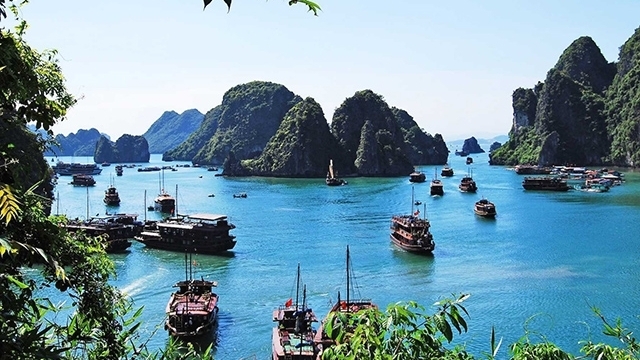 Ha Long Bay, located in the northeast of Vietnam, is a UNESCO World Heritage Site

Thanks to the efforts of the Vietnam National Committee for UNESCO (UNESCO Vietnam) and the people over the past 40 years, the image of Vietnam, with its long history and humanistic heritages, as well as the positive contributions towards international cooperation, has been deeply embedded in the hearts of our international friends

After becoming a member of UNESCO, Vietnam introduced the image of a peaceful and resilient country, in building and defending the nation, to the world.

Vietnam was elected as a member of the UNESCO Executive Council (1978-1983) and established a representative office at UNESCO in 1982.

On June 15, 1977, UNESCO Vietnam was established, with the aim of effectively implementing the policy of the State in the work related to UNESCO.

Vietnam has also hosted many major conferences and activities of UNESCO and has contributed many initiatives to improve the quality of life of people.

In addition, Vietnam has made unremitting efforts to introduce its national cultural values to the international arena.

The cultural beauty of Vietnam, from the beauty of Ha Long Bay and the My Son Relics to Nha Nhac (Hue royal court music), Bac Ninh folk songs and Don Ca Tai Tu (traditional musical art form of the south), have become known and honored throughout the world.

Recently, the Institute of Mathematics and Institute of Physics, under the Vietnam Academy of Science and Technology, was recognised by UNESCO as a science center type II under the auspices of UNESCO.

UNESCO attaches great importance to its relations with Vietnam that has been reflected through the eight visits of the UNESCO Director-General to Vietnam.

In the last eight years alone, the UNESCO Director-General Irina Bokova has officially visited Vietnam three times in 2009, 2013 and 2017.

Through actively participating in multilateral diplomatic forums, including UNESCO, Vietnam has upheld its role, as responsible member of UNESCO, in making practical contributions to UNESCO and has assumed responsibility at UNESCO’s agencies.

Vietnam has been elected as a member of the UNESCO Executive Board four times. Recently, Ambassador Pham Sanh Chau became the first Vietnamese diplomat to stand for election to the Director General of UNESCO for the 2017-2021 term, this shows that Vietnam, with its history of heroic resistance and great achievements in the process of innovation, has become closer to its international friends.

Recognition of the representatives from other countries before the election campaign of Ambassador Pham Sanh Chau was also evidence of a new step in Vietnam’s international integration process.

In the context of a complicated global situation, with global issues, such as terrorism and non-traditional security challenges, UNESCO remains a highly respected organisation, making important contributions to the education, culture, natural sciences, social sciences, information and communication sectors.

Continuing the success achieved over the past 40 years, Vietnam has been making efforts to bring its national cultural beauty to the world, while actively participating in the activities of UNESCO and complying with UNESCO in the process of carrying out the noble mission of the organisation.