Carriers resume flights to Da Nang after a month’s hiatus

Some domestic flights to Da Nang resumed on Monday after over a month’s suspension following the resurgence of Covid-19 in the city. 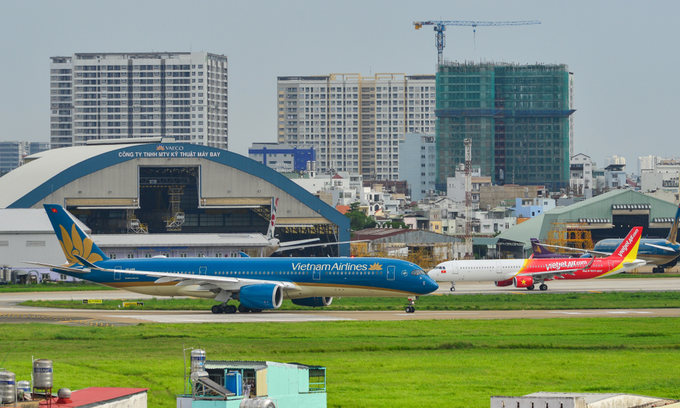 From September 7 to 10 Vietnam Airlines will operate one round trip each to Da Nang from Hanoi and HCMC every day.

The frequency of flights to the city from September 11 onwards would be announced later depending on the pandemic situation, Vietnam Airlines said in a statement.

The moves followed the Ministry of Transport’s instruction issued on Sunday which allowed the resumption of public transport services to and from Da Nang starting Monday as the central city, which is Vietnam’s Covid-19 epicenter, has basically brought its outbreak under control.

All carriers require social distancing on aircraft to limit the risk of infection and passengers to wear face masks for the entire duration of the flight. All crews and technicians will wear protective equipment.

Before the second wave began in Da Nang, a city of 1.1 million and a popular tourist destination, on July 25 there were 20 flights a day from Hanoi and HCMC.

Airlines’ hopes of higher summer revenues were dashed with the return of Covid-19 community transmission after 95 days and plummeting travel demand. International flights, their biggest money spinners, have been suspended since March.

During July 19-August 18, the country’s five carriers operated only 16,400 flights, representing a 45.7 percent decline from last year, though this period has traditionally seen strong demand to travel for holidays.

Since July 25, Da Nang has recorded 389 Covid-19 patients, becoming the country’s biggest Covid-19 hotspot. From July 28, flights, buses, as well as trains to and from the city had to entirely cease operations.

The city eased its social distancing restrictions on Saturday to allow gatherings of up to 20 people after going over a week without new infections.