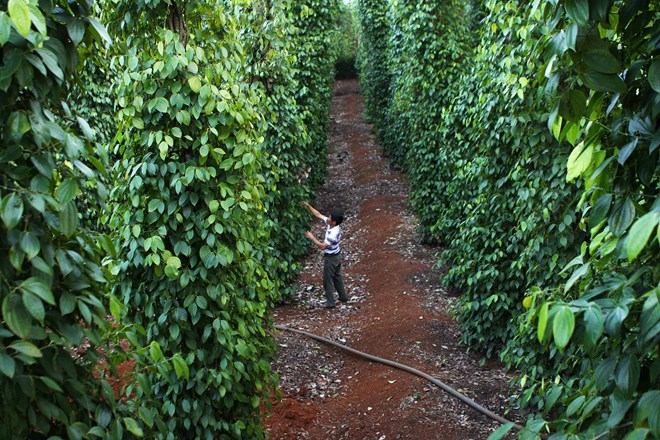 The figure grew about 11.3 percent per annum during the five-year period through 2015. While investment in agriculture, forestry and fisheries rose 14.89 percent annually, it hiked 2.39 percent and 12.13 percent in the industry and construction sector and the services sector, respectively.

Dak Nong posted the strongest investment growth, about 20 percent each year. Notably, investment in transport in the province in 2011-2015 shot up 4.6 times from the previous five years.

In 2016, investment in the Central Highlands amounted to more than 76.37 trillion VND (3.34 billion USD), up 15.85 percent from a year earlier, according to the Steering Committee.

To encourage domestic and foreign investment, the provinces have been working to improve their competitiveness, popularise local advantages, and remove bottlenecks.

It is housing 128 foreign direct investment projects worth 818.7 million USD at present, mostly in agricultural and forestry production and processing, and services.

Meanwhile, about 64 trillion VND (2.8 billion USD) was invested in developing transport in the Central Highlands, putting a number of facilities into use such as the Ho Chi Minh Road through the region, National Highways 19, 20 and 28, and the airports of Buon Ma Thuot, Lien Khuong and Pleiku.

The regional transport network has a total length of almost 40,000km now, the Steering Committee noted.

The committee said thanks to investment inflow, the local economy has lifted while ethnic residents’ livelihoods have been improved. However, those achievements are still below the potential of the Central Highlands.

It asked the Government and provincial authorities to issue favourable mechanisms and policies for investment attraction.