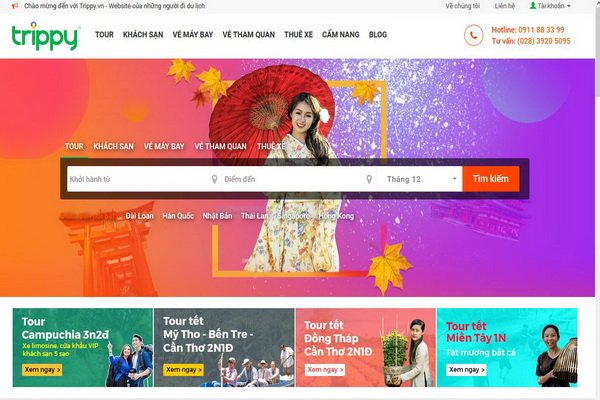 In recent years, foreign OTAs have been going further to please Vietnamese travelers when booking services in Vietnamese and making payments in dong.

Some foreign OTAs have opened representative offices in Vietnam such as agoda, booking.com and traveloka in an effort to lure more customers. Others arrange staff in charge of the Vietnamese market such as expedia and airbnb.

Ngo Minh Duc, a businessman who owns a fleet serving tourists in Ha Long Bay, commented that foreign OTAs which have big advantages in technology and marketing are dominating the Vietnamese online tourism market.

He estimated that the Agoda and booking.com alone hold 80 percent of the online room booking market share.

“Foreign OTAs have a worldwide network of customers who are major clients we target,” Dung said, adding that Rex sells rooms through 11 OTAs, of which only two are Vietnamese.

However, analysts say that foreign OTAs have many disadvantages which can be exploited by Vietnamese OTAs to scramble for customers.

Foreign OTAs, for example, only accept online payments with international payment cards. Some others accept later payments, but ask customers to enter card information for booking. Vietnamese have the ‘use first, pay later’ habit.

Vietnamese OTAs have been pursuing their policies to struggle with foreign giants. The customer services favored by Vietnamese, such as giving consultancy via phones and accepting different modes of payment have been developed.

The OTAs all have offices in large cities which travelers can contact.

Domestic OTAs can provide specific services which foreign OTAs cannot. Vntrip.vn, for example, offers free bus to meet and see off clients at the airports.