The Culture-Tourism Village of Vietnamese Ethnic Groups in Son Tay town on the outskirt of Hanoi will introduce the traditional New Year festivals of ethnic minority groups in mountainous regions through a range of events throughout January. 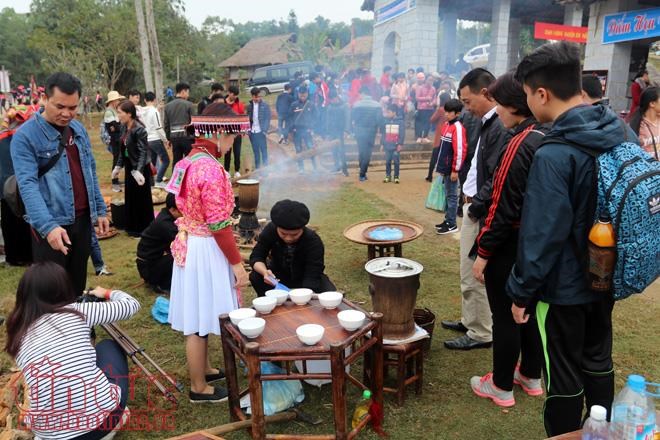 Visitors at the Culture-Tourism Village of Vietnamese Ethnic Groups

The highlight will be performances of “then” -, the Tay group’s songs which are usually sung in early Spring and at rituals such as ancestors’ worshipping ceremony and celebrations of new home or birthday of the elderly.

The performances will take place at the Tay ethnic hamlet in the Village, along with folk games and a space for tea lovers to learn about tea processing and tea drinking practice.

The Muong ethnic hamlet will host the re-enactment of the “dam duong” (rice pounding), a ritual performed by Muong women in the early morning of the first day of a year.

Traditional art theatres will stage many shows of “cheo” (traditional operetta), “chau van” (singing at trance rituals) and other folk dances and songs throughout the month.

The Culture-Tourism Village regularly organizes events to promote traditional cultural values and bolster exchanges among ethnic groups while attract tourists to the site.

Last month, a kaleidoscope of Vietnam’s ethnic culture, rituals and cuisine was introduced at the village.

Highlight of the event was the “Mountainous market fair”, which featured the northwest and northeast regions’ specialties, demonstrations of traditional handicraft making and folk games and traditional songs and dances by ethnic people.