Hanoi continues to be a leading tourism centre nationwide

The capital city of Hanoi has continued affirming itself as a leading tourism hub in the north as well as the country with the reception of four million international tourists for the first time in 2016. 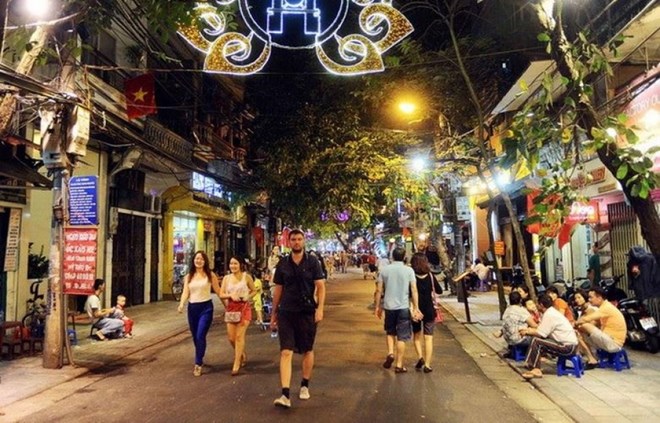 Director of the municipal Department of Tourism Do Dinh Hong said the capital is developing high-quality and highly competitive tourism products with special focus on culture.

Director General of the Vietnam National Administration of Tourism Nguyen Van Tuan stressed the possibility of connecting tourism of Hanoi with other northern localities, suggesting their active coordination to attract visitors, especially international ones.

The tourism sector is defining key tourism sites in the north, including Hanoi, Ha Long (Quang Ninh), and Trang An (Ninh Binh).

It will build programmes to connect tours with other localities nationwide and forge connectivity between mangers, travel agencies, and tourist sites to improve services.

Over the past time, Hanoi proactively promoted tourism in key global tourism markets such as Russia, France, and Japan through closely cooperating with foreign diplomatic representative offices and international organisations in the city, and Vietnamese embassies and international tourism agencies abroad.