National Tourism Year 2018 to be held in Quang Ninh

The National Tourism Year 2018 is scheduled to be held on April 28, said Chairman of the Quang Ninh provincial People’s Committee Nguyen Duc Long. 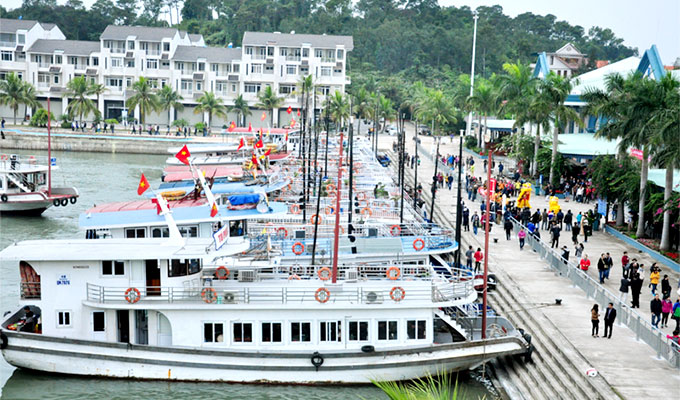 The event is an opportunity for the northern province of Quang Ninh to promote its image to international friends.

The province, which is home to the World Heritage site of Ha Long Bay, will host the National Tourism Year 2018 themed “Ha Long-Heritage, Wonder, Friendly Destination”.

About 100 events will be held during the year by Quang Ninh province, the Ministry of Culture, Sports and Tourism and other localities.

Highlights of the National Tourism Year 2018 will include the opening ceremony and Carnaval Ha Long 2018 in Ha Long city.

Meanwhile, the closing programme will be held in January 2019 in combination with the opening of the ASEAN Tourism Forum 2019 and the Ha Long – FLC 2019 open golf tournament.

The head of the local Tourism Department stressed that Quang Ninh is focusing on developing four main tourist zones, namely Ha Long with the centre being Ha Long Bay, Mong Cai-Tra Co with border tourism, Van Don-Co To with island and resort tourism, and Uong Bi-Dong Trieu-Quang Yen with the Yen Tu cultural and spiritual tourism site as the main attraction.

Thanks to its clear investment policies, Quang Ninh has attracted a lot of strategic investors in luxury service tourism projects, thus helping change the face of the province and its tourism sector.