As international flights still cannot fully resume, the tourism industry is hoping for an increase in domestic travel. 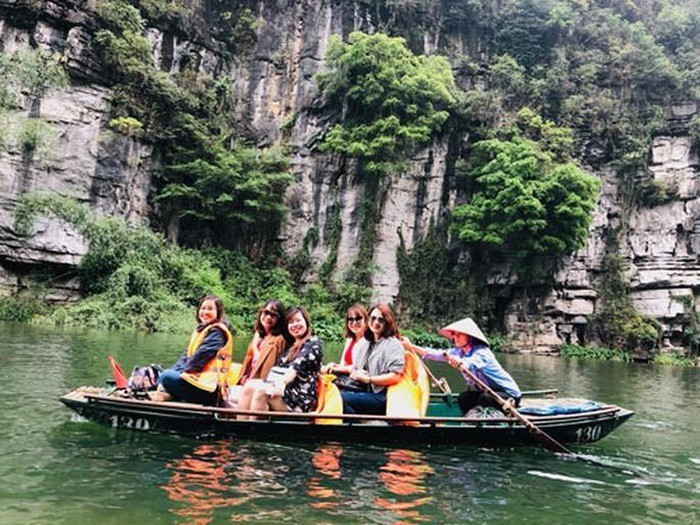 Airlines have resumed and increased domestic flights. Vietjet Air has reported a steady increase in the number of passengers week after week with the occupancy rate of over 80 percent.

Meanwhile, Vietnam Airlines reported an increase of 12 percent in the number of domestic passengers in the first 20 days of September in comparison with the same period last year.

In early August, when the aviation industry was affected by the second outbreak, Bamboo Airways carried 5,000-6,000 passengers daily, while the figure has increased to 12,000-15,000.

All three airlines have affirmed that they will reopen all domestic air routes in October. As for international air routes, Vietnam Airlines provided the first commercial flight on September 25, while other airlines began flying in late September.

Quang Ninh province has recently attracted 4,000 travelers, after launching a VND100 billion support package by exempting and reducing excursion ticket prices for visiting Ha Long Bay and other relics and beautiful landscapes until the end of the year.

Duong Hoai Nam from Vietjet Air at the workshop noted that domestic travel has prospered. Its flight from Hanoi to Da Lat on September 25 was fully occupied.

“We plan to resume the Seoul-HCM City international air route on September 30 to carry foreign passengers who are specialists, diplomats and Vietnamese working in South Korea,” Nam said.

Nghiem Thi Hoa of Bamboo Airways said the airline is ready with resources, products and support policies for the second demand stimulus program.

“Our bosses joke that under the second demand stimulus program, the prices have bottomed out and they cannot be lower, and we are just waiting to ‘carry passengers in our arms’ on board,” she said.

Dang Thanh Thuy, deputy CEO of Vingroup, said the corporation strives for a growth rate of 2-2.5 times in the number of domestic travelers in 2020-2021 in comparison with 2019.

Living with the pandemic

Most businesses have urged appropriate agencies to set up procedures to ensure safety for travelers, minimize risks, and stipulate sanctions to deal with the cancellation of tours.

Cao Tri Dung, chair of the Da Nang Tourism Association, also said that if new infections in the community are discovered in the time to come, it would be better not to impose a lockdown again, but allow travel firms to continue to serve travelers if they can ensure safety.

He said that if travel firms do nothing and just wait until a vaccine or specific remedies are found, they will have to shut down.

Many measures have been suggested to help stimulate demand, such as applying flexible pricing, improving the quality of services, and designing new products. However, the most important factor is ensuring safety for travelers.

According to Nam of Vietjet, similar epidemics may occur in the future. In order to adapt well to new circumstances and keep operating in these conditions, local authorities should set up procedures on how to ensure safety for travelers.