Tourism revenue forecast to amount to $22 billion this year

The fast growing Vietnamese tourism sector is expected to obtain total revenue of VND500 trillion (US$22 billion) this year, VND100 trillion higher than last year and VND40 trillion above the full-year estimate. 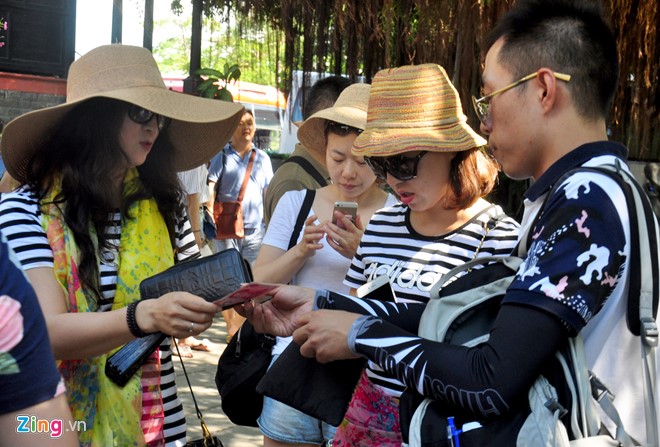 International and domestic tourist numbers have continued to expand strongly this year. The country had in the year to September reported more than 9.4 million international and 57.9 million domestic visitors, and total tourism revenue of VND376 trillion (US$16.5 billion), a 26.5% year-on-year rise.

Nguyen Van Tuan, head of the Vietnam National Administration of Tourism (VNAT), told the Daily last Friday that the sector is expected to serve around 13 million international and 75 million domestic tourists, and earn a staggering VND500 trillion (US$22 billion) in revenue in all of 2017.

Last year there were around 10 million international and 62 million local tourists, and tourism revenue totaled VND400 trillion, VND62 trillion above the 2015 figure.

Given this positive growth, VNAT forecast the sector could attract 11.5 million international visitors and some 66.7 million domestic tourists this year, and generate total revenue of VND460 trillion.

Tuan of VNAT said the sector would carry out more activities to promote the tourism image, strengthen its destination management, and cooperate with airlines to offer attractive packages for tourists. The Government should make more policies conductive to the sector, such as adding more to the list of countries whose citizens can apply for e-visa, and spending more on tourism promotions.

“We have proposed new policies to prop up the tourism sector. Among them are a plan for boosting visitor growth in the rest of the year through easy e-visa procedure and promotion. I think if the Government supports (the sector), its targets will be within reach.”