A report from the Vietnam Tourism Association showed that 6.5 million Vietnamese traveled abroad in 2016 and spent $7-8 billion. Spending per capita was $1,230 on outbound tours, an increase of 15 percent over 2015. 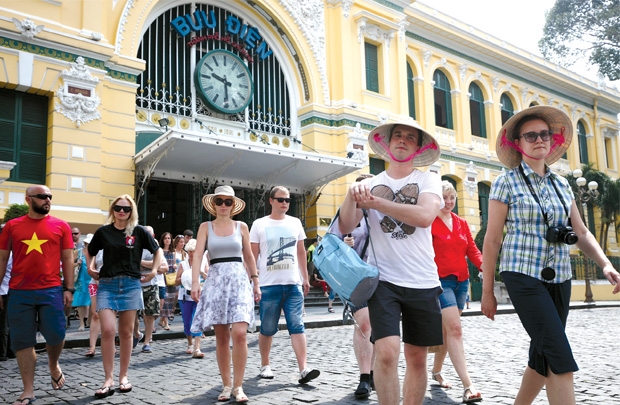 Singapore is one of the favorite destinations for Vietnamese. According to the Singapore Tourism Board, in 2015, the country received 15.2 million travelers, including 418,000 Vietnamese. Vietnam was among the 15 markets with the highest numbers of visitors to Singapore.

In 2015, per capita spending was 1,244 SGD, or $912 in Singapore, higher than the average spending of ASEAN travelers and travelers from South Korea and Japan.

Fifty-eight percent of Vietnamese come to Singapore for travel purposes and 21 percent for business. Of turnover of 520 million SGD ($381 million) from Vietnamese, 30 percent was spent on shopping, 28 percent on accommodations and 15 percent on food.

Vietnamese are among the 10 groups of travelers who spent the most on shopping in Singapore in 2014-2015.

As for the Japanese market, 233,763 Vietnamese came to Japan in 2016, up by 26.1 percent. Vietnam is among the seven fastest-growing markets for Japan.

According to Korea Tourism Organization (KTO), 27,572 Vietnamese came to South Korean in August 2017. Meanwhile, according to Dang Van Tuan, CEO of MP Travel, the number of Vietnamese travelers to South Korea is expected to increase by 30 percent compared with last year.

Nguyen Minh Quyen, who has been providing outbound tours for 27 years, said more Vietnamese travelers are going abroad because the tours are getting cheaper. The fee for a tour to Singapore and Malaysia is just a bit higher than a tour from HCMC to Hanoi.