Tour operators have proposed immigration authorities issue visas for Chinese tourists in transit at international airports and seaports in HCMC and Hanoi to attract more tourists from the northern neighbor. 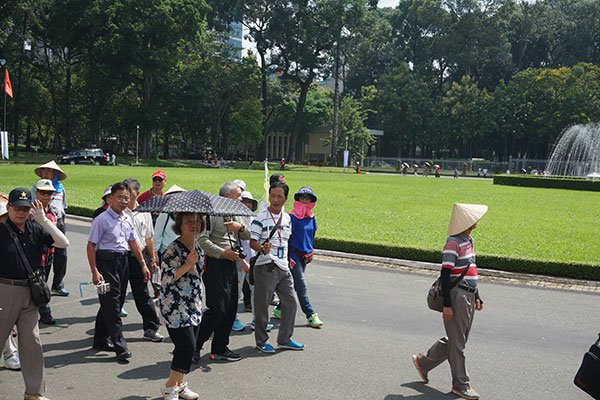 At a seminar on solutions to enhance the effectiveness of tourism promotion activities in HCMC jointly held by the HCMC Tourism Association and the Tourism Promotion Center of the HCMC Department of Tourism on December 5, Au Uyen Phuong of Saigontourist said Vietnam used to allow in Chinese tourists in transit for 120 hours.

China is the largest source market for global tourism, so many countries have loosened their visa requirements for Chinese tourists. Japan and South Korea have offered visa exemptions while France and Canada issue long-term visas for the Chinese.

The tourism sector should regularly participate in travel fairs in China such as China International Travel Mart (CITM) and ITB China to build business links among travel firms and provide Chinese publications and websites for customers.

According to the World Tourism Organization (UNWTO), China had the world’s largest number of outbound tourists last year with 135 million Chinese spending US$261 billion on tourism products and services, increasing 6% and US$11 billion against the previous year.

Last year, 2.7 million Chinese visited Vietnam, accounting for 27% of total foreign arrivals to the country. According to the Vietnam National Administration of Tourism, Vietnam welcomed 3.59 million visitors from China in January-November, up 44.9% over the same period last year.