More and more travelers have lodged complaints about the quality of low-cost tours and the irresponsibility of travel firms. 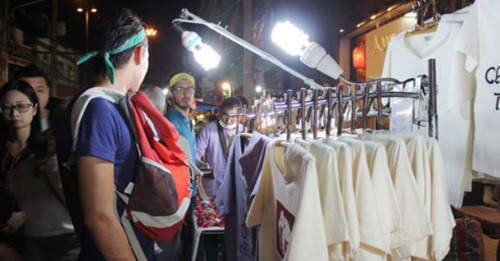 Low-cost tours have even turned out to be expensive.

Only when travelers visited tour operators did they realize that the quoted tour fee did not include air tickets. Those who chose the tour are able to stay for only one day in each city or province, while the remaining time is spent on the way.

The S. travel firm with head office on Minh Phung street sells a 6-day tour to Singapore, Malaysia and Indonesia at VND9 million. However, travelers must arrange their schedules themselves for most of the tour. As such, VND9 million turns out to be expensive for a tour with only meals and free time.

Since travel firms set tour fees at low levels, they have to cut costs as much as possible. Travelers have to walk around or shop. They have to buy tickets themselves at excursion points. And information about admission tickets to theatres, museums or excursion sites is not found on brochures for tour schedules.

Nguyen Thi Thu Long, who took a tour to Singapore in June 2017, said this was the most terrible journey of her life.

Eight months ago, she booked a tour to Singapore and Malaysia at Viettourist, which cost VND10.8 million. Long had an accident that hurt her right leg in Singapore and she was urged by Viettourist to return to Vietnam because the medical treatment was costly in Singapore.

“I had to fly back to Vietnam on the same day, though I was in very bad situation,” she recalled.

“Viettourist gave me VND10 million, and nothing more,” she said. “The insurance company refused to pay money for my healthcare service, saying that it would make payment for the medical services if I used the services in Singapore.”

Long still cannot move around though she has has had treatment and two surgeries. She is going to have a third operation in April.

Gia Linh, from Go Vap district, who spent a 5-day tour to Bangkok, Pattaya and Ayutthaya, also complained about the quality of the tour.

“The tour fee was nearly VND12 million, so this was not a low-cost tour. I had to pay a lot of money during the trip,” she said.