Vietnam welcomed more than 9 million foreign vacationers in the first seven months of 2018, a year-on-year rise of 25.4 percent, according to the General Statistic Office. 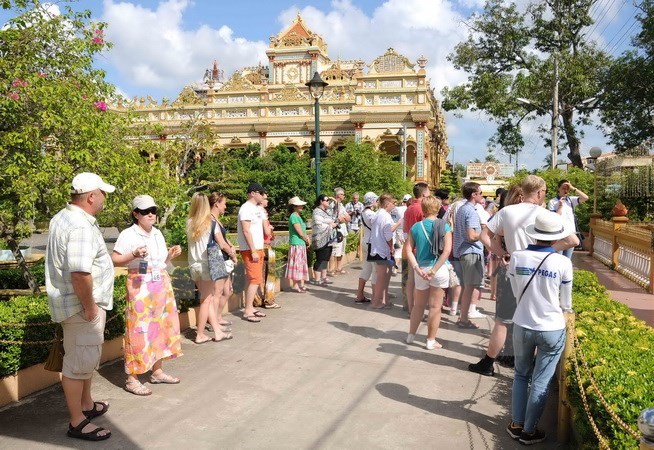 In July alone, the country greeted over 1.18 million international tourists, a month-on-month increase of 0.5 percent.

Holidaymakers from Asian nations made up 77 percent of the total number of visitors to Vietnam, up 30.4 percent against the same month last year.

Meanwhile, the number of European tourists to Vietnam rose by 10.4 percent, most of them from Russia.

Vietnam also saw growth in the number of visitors from five western European countries which are exempted from visas for 15 days namely the UK, France, Germany, Spain, and Italy.

In 2018, Vietnam aims to serve 16 million international tourists and 80 million domestic holidaymakers, according to General Director of the Vietnam National Administration of Tourism Nguyen Van Tuan.

The tourism sector will promote smart tourism and actively carry out promotion activities in the remaining months of the year to attract more tourists in key markets, he said.

In 2017, Vietnam welcomed 13 million foreign visitors, up by three million against the previous year.

In the first half of 2017, the United Nations World Tourism Organisation (UNWTO) revealed the world’s top 10 fastest-growing tourist destinations, with Vietnam in sixth position. The Southeast Asian country also led Asia-Pacific with growth of 31.2 percent.

The UNWTO described Vietnam as not a stranger to tourism with long-standing history, culture, rich cuisine and natural attractions.