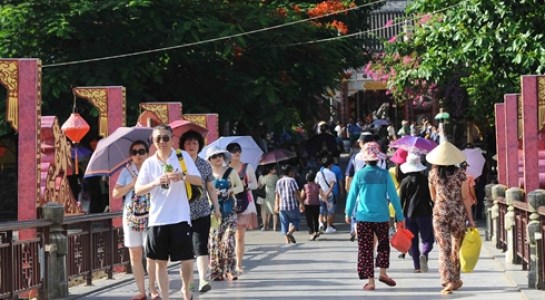 Under the deal, travel to the American country will be also made easier for Vietnamese people.

Some 15 US travel agents will join other tourism companies from 24 countries and territories to exchange tourism information during the event.

“Hanoi-the destination of Vietnam in 2017” will be the theme of the VITM 2017, which is scheduled for April 6-9 in Hanoi, the organising board unveiled at a press conference held in Hanoi on March 24.

It said that with significant changes in tourism in recent year, Hanoi has become the country’s tourism centre and a leading destination in the region.

Hanoi’s images and tourism products will be introduced to visitors during the event.

The VITM 2017, which will feature 450 booths from 652 tourism companies and promotion agencies, is expected to welcome about 60,000 visitors.

In addition, the Vietnam National Tourism Association will officially inaugurate a centre for Vietnamese cuisine study, preservation and development on April 7.

At the travel mart, over 45,000 promotional air fares and more than 15,000 tours with special discounts will be available. Cultural and art performances have been prepared meticulously, especially the practice of the Vietnamese worship of Mother Goddesses, which was recognised as an Intangible Cultural Heritage of Humanity by UNESCO.-