Self, a US magazine for women, has announced its annual list of top 12 beautiful biking destinations in the world, which you’ll want to add to your bucket list. 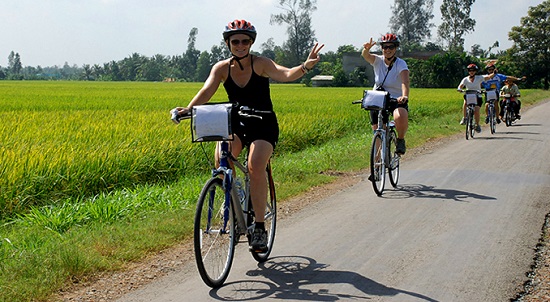 Vietnam and Cambodia have been ranked 10th among the 12 beautiful biking destinations in the world that should be on one’s bucklist, released by Self, a US magazine for women.

According to Aydan Puth, a social media manager and avid traveler, adventurer, she spent 12 days traveling with the tour company Backroads on a bike trip through Vietnam and Cambodia.

“Vietnam and Cambodia are breathtakingly beautiful. This was my first long bike trip, and I was in awe at the new advantage biking allowed me as a traveler,” said Aydan Puth.

“In countries that might not be as developed, a bike allows you to ride into villages, meet and talk with locals, and see the true beauty of the country up close and personal,” she added.

Earlier, Vietnam has been ranked 43rd on the list of the best adventure travel countries in the world, released by Us News and World Report, a US media company.

“Vietnam is densely populated and growing quickly, with about one third of the population living in bustling cities,” Usnews and World Report wrote.

The number of foreign tourists to Vietnam in the first half of 2018 is estimated at 7.89 million, increasing by 27.2% year-on-year, the General Statistics Office has announced.

Arrivals by air, road, and sea in the reviewed period recorded annual increases of 22.2%, 63.7% and 1.7%, respectively, while growth was also seen in the numbers of visitors from all five continents.