Vietnam has benefited from political stability, robust economic expansion, relaxing visa requirements and budget living costs, making it into the list of the 10 friendliest destinations in the world, according to InterNations, the world’s largest international community for people who live and work abroad. 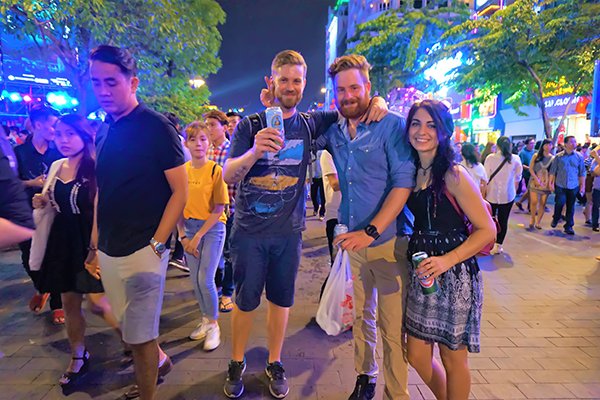 Vietnam came 9th in a new ranking of the 2018 annual Expat Insider survey conducted by InterNations, jumping three spots against last year. The organization says that the Southeast Asian country is becoming a promising destination for the expat community thanks to robust economic growth, visa exemption policy accompanied with relatively high quality of life.

The survey was carried out based on interviews of more than 13,000 expats from 188 countries and territories around the globe.

Of the expats questioned, 56% of respondents said they had no difficulties in making friends with locals while 16% expressed their wish to stay on in the country for the rest of their life.

More than four in five expats, or 81%, agreed Vietnam is undoubtedly a friendly and welcoming country with open arms while 73% found it easy to settle down in the country.

For some budget-minded backpackers, the low cost of living in Vietnam has become one of the indispensable factors that help retain foreign visitors, with Hanoi and HCMC, Vietnam’s two biggest cities, recommended as worth-living cities for budget-conscious foreign nomads in Southeast Asia.

Meanwhile, the country offers visa waivers for citizens in major source markets such as Asia and Europe in a bid to lure more foreign travelers to Vietnam in the coming years.

Data from the Vietnam National Administration of Tourism (VNAT) shows the number of international tourists to Vietnam during the first two months of 2018 leaped a strong 29.7% year-on-year to more than 2.8 million.

The country is ranked seventh among the world’s 20 fastest-growing travel destinations, according to a report by the United Nations World Tourism Organization (UNWTO).