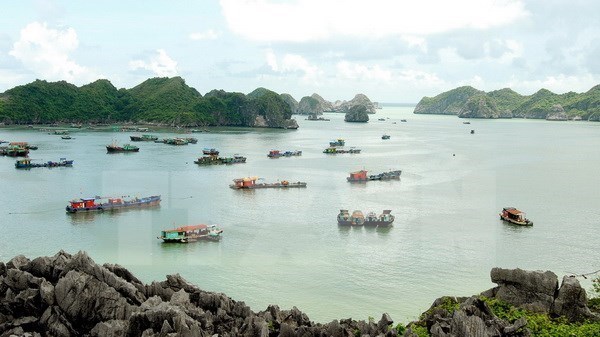 Vietnam served more than 8.47 million foreign tourists in the first eight months of this year and grossed 335.8 trillion VND (14.7 billion USD) in revenue, year-on-year increases of 29.7 percent and 26.7 percent, respectively.

Director of the Vietnam National Administration of Tourism Nguyen Van Tuan said while the number of international visitors to other countries in July and August declined such as the Republic of Korea (down 40 percent), Thailand (down 9.5 percent), Malaysia (down 7.5 percent), and the Philippines (down 38 percent), Vietnam attracted over 1.2 million foreigners, a monthly increase of 18.5 percent.

Vietnam ranks 67th among 136 economies in the Travel & Tourism Competitiveness Index 2017, up eight places compared to the same period in 2015.

The world’s largest tourism website TripAdvisor announced a list of ten most attractive spots in Vietnam voted by tourists. Notably, the central province of Quang Binh climbed to fourth in the list, behind Hoi An, Hanoi and Ho Chi Minh City only.

According to TripAdvisor, Quang Binh was described as a heaven for exploration and experiences with various tourism destinations and routes such as Son Doong cave, Tu Lan cave system, Da Nhay beach and Phong Nha- Ke Bang cave, among others.