The Vietnam National Administration of Tourism (VNAT), together with travel firms and hotels, will run two large-scale marketing campaigns in four Chinese and five European cities in April and June. 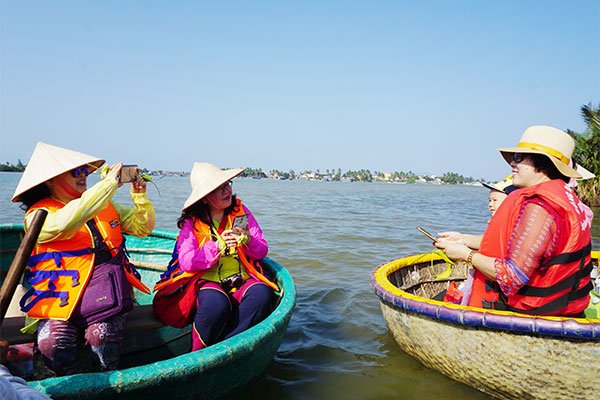 The tourism sector will have a large budget of VND400-500 billion to carry out marketing activities.

The marketing program in China will take place on April 12-22 in Jinan, Hangzhou, Wuhan and Beijing, while the program in Europe on June 18-29 will occur in Zurich, Munich, Vienna, Budapest and Prague.

These are just two of a series of tourism promotion programs that VNAT will run this year. Tourism promotion will be accelerated in the time to come thanks to a bigger budget from the Tourism Development Supporting Fund.

VNAT general director Nguyen Van Tuan said at an event in HCMC on April 4 that the fund would be set up by the second quarter of the year at the latest with initial capital of VND400-500 billion.

The amount of money is 10 times bigger than the state’s budget allocated to the tourism sector to carry out promotion activities each year.

The fund’s capital will be sourced from the state budget (in the first three years of operation, VND100 billion a  year), 10 percent of revenue from visa granting fees, and 5 percent of revenue of the state’s collections from sightseeing sites and other sources.

In late 2017, a group of large travel firms came to an agreement on contributing tens of billions of dong to promote Vietnam’s tourism at the two largest tourism fairs – ITB Berlin and World Travel Market in the UK. The money will also be spent to set up a website in English at http://vietnamtourism.vn/.

Thanks to the budget, Vietnam had its largest ever (500 square meter) stall at ITB Berlin earlier this year.

According to VNAT, in March 2018, Vietnam received 1.34 million foreign travelers, an increase of 33.6 percent over the same period last year, raising the total number of travelers in the first three months of the year to 4.2 million.

To reach that goal and obtain revenue of $27.5 billion, Vietnam will need to accelerate tourism promotion.

For the last many years, travel firms continue to complain about the budget for tourism promotion. The state allocates $2 million a year to implement promotion activities, a figure which is very low compared with the high number of 10 million foreign travelers a year.

Meanwhile, Thailand, which receives 32.5 million foreign tourists a year, spends $69 million on tourism promotion. The figures for Malaysia are $105 million and 26.7 million tourists for Malaysia, and for Singapore $80 million and 16.4 million passengers.