Some cumbersome regulations for visa exemptions are believed to be hindering efforts to attract more foreign tourists to Viet Nam. 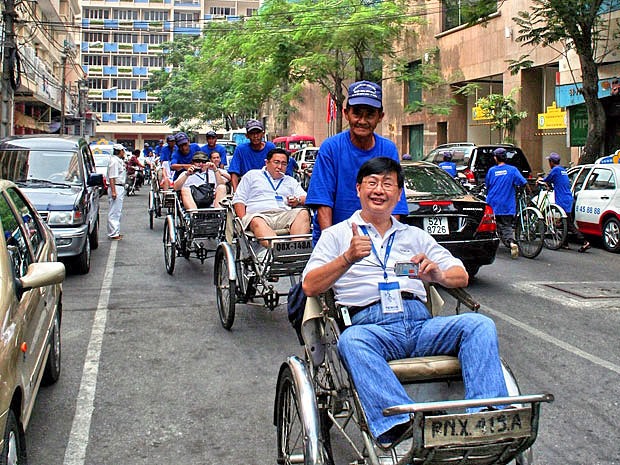 Some cumbersome regulations for visa exemptions are believed to be hindering efforts to attract more foreign tourists to Viet Nam. — Photo ndh.vn

For a long time, the visa granted policy for foreigners coming to the country has been considered as less attractive than neighbouring countries.

In addition, foreigners who recieve visa exemptions are allowed to stay here for only 15 days, less than the average time tourists often want to stay.

To enter Viet Nam on a visa exemption, foreigners’ passport must be valid for at least six months and must not have been in Việt Nam for the 30 previous days.

“Not allowing tourists with visa exemptions to re-enter Viet Nam for at least 30 days is not a good policy to attract foreigners coming back,” Tran Thi Bao Thu, Marketing and PR director of FidiTour company, said.

She suggested that security and immigrant worker limitations should be regulated in the law and separate from tourists.

“If we can separate such issues, Vietnamese tourism would take off,” she said. — VNS