It is necessary for the central and Central Highland regions to enhance connectivity, increase competitiveness, and build international-standard brands to obtain sustainable tourism development. 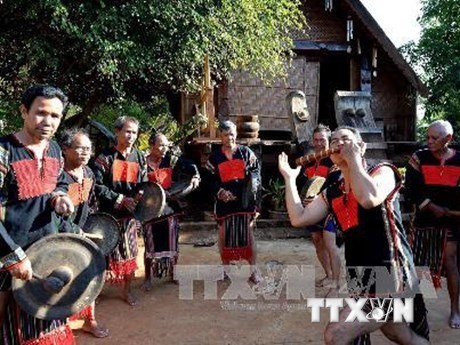 Deputy Minister of Culture, Sports and Tourism Vuong Duy Bien made the remark at a forum in Tam Ky city, the central province of Quang Nam, on June 10 as part of the sixth Quang Nam Heritage Festival.

The central and Central Highlands are important areas in the national tourism development strategy through 2020, with a vision towards 2030, he said, referring to Thua Thien-Hue, Quang Binh, Quang Nam, Da Nang, Khanh Hoa, and Lam Dong as successful examples in developing tourism into a key industry for local economy.

However, the regions are yet to own any international-standard tourism brands, which hinders their further growth, the official said.

Deputy Prime Minister Vu Duc Dam recommended that localities should make use of their natural and cultural advantages to create unique products and bolster regional connection to attract more visitors.

To develop tourism, local authorities should look for financial resources from private businesses, he said, adding that human resources training is also one of the important factors.

The region is home to many ethnic minorities with varied customs and lifestyles. Its gong culture was recognised as a Masterpiece of Oral and an Intangible Cultural Heritage of Humanity by UNESCO in 2005.