The project on conserving Dak Lak elephants by 2020, capitalized at VND80 billion, has brought positive changes in the province. One elephant is pregnant and is expecting a baby in 12 months. 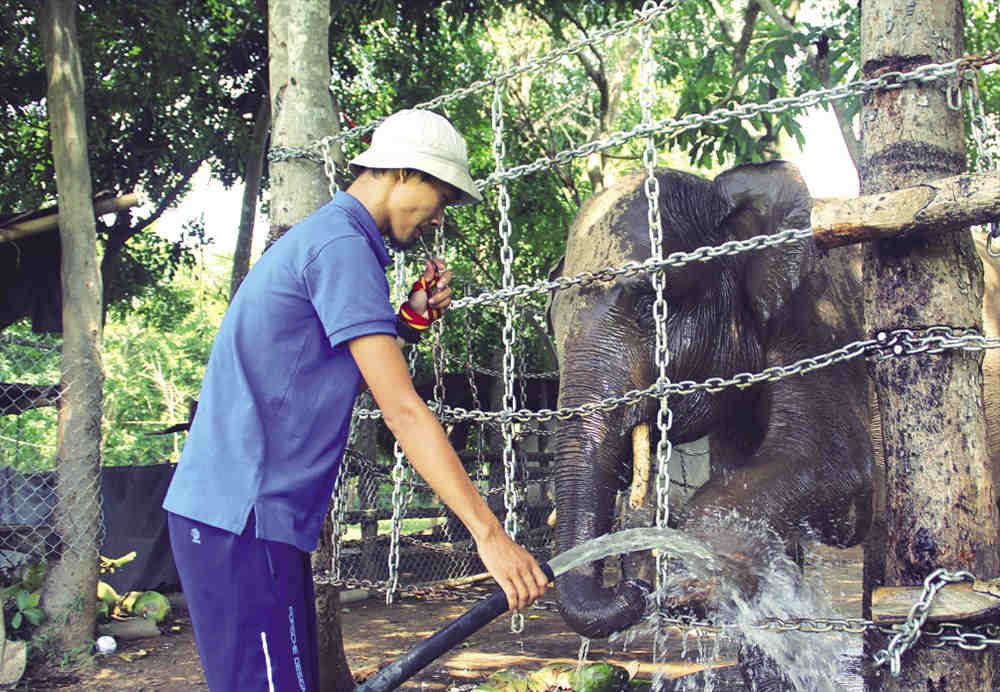 For decades, H’ Bang Nang, a 38-year-old elephant owned by Y Mu Bkrong in Lien Son town, has been working as traveler carrier. After every trip around Lak Lake, Y Mu Bkrong collects money from tourists and then leaves the elephant in the land plot near his house.

Not only H’ Bang Nang, a lot of tamed elephants in Lak district have been bred in captivity and have served tourists for many years. They don’t have time to go to forests to seek food or partners.

Experts have repeatedly protested against the use of elephants as laborers, saying that elephants have been overexploited. The officers of the Dak Lak Elephant Conservation Center have complained about the overworked elephants.

The conservation center has tried to create favorable conditions for elephants to ‘love’. After great efforts, H’ Bang Nang got pregnant. However, the baby elephant died before it was born.

Y Mu Bkrong said after losing the baby elephant, H’ Bang Nang’s health got worse. However, he still has allows the elephant to serve tourists.

“I know carrying tourists will affect H’ Bang Nang’s health. But I need money to feed my family,” he said.

According to Huynh Trung Luan, director of the Dak Lak Elephant Conservation Center, by the end of 2017, the center had implanted chips in 30 out of 45 captive elephants.

“When an elephant is pregnant, it must not be allowed to work and it will receive healthcare from the center,” Luan said.

After five years of implementing an urgent project on conserving Dak Lak elephants, many achievements have been made. At least 45 tamed elephants have examinations periodically and are treated with modern and traditional remedies.

Regarding the wild elephants, Dak Lak agencies have found five groups of elephants of 80-100, mostly in the districts of Ea Sup and Buon Don.