The authorities in Dak Lak Province are preparing to welcome the first baby elephant conceived and born by a domesticated elephant in the province after 30 years. 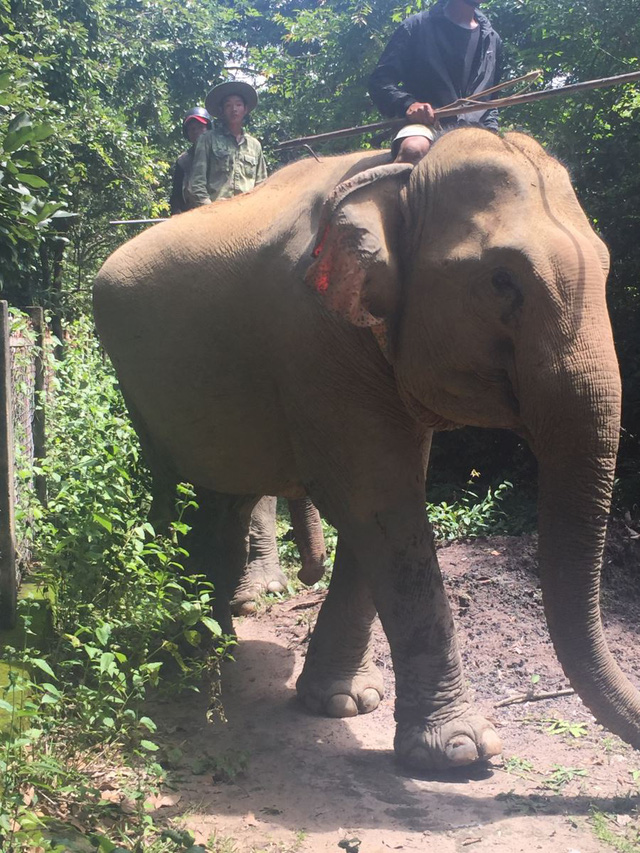 Ban Nang is the first pregnant domesticated elephant in Dak Lak in 30 years.

Statistics from Dak Lak Elephant Conservation Centre show that the number of domesticated elephants plummeted from 502 in 1980 to just 44 this year because of overwork, old age and clashes with wild elephants. 19 of the animals are too old and can’t breed anymore.

Last year, the centre started a research project to improve fertility rate in domesticated elephants. The owners will be informed when is the best time for breeding to match elephants together.

Recently, owner Y Mu Bkrong announced that his 38-year-old elephant, Ban Nang, was pregnant. She has been relieved from work to relax in a forested area far from people. 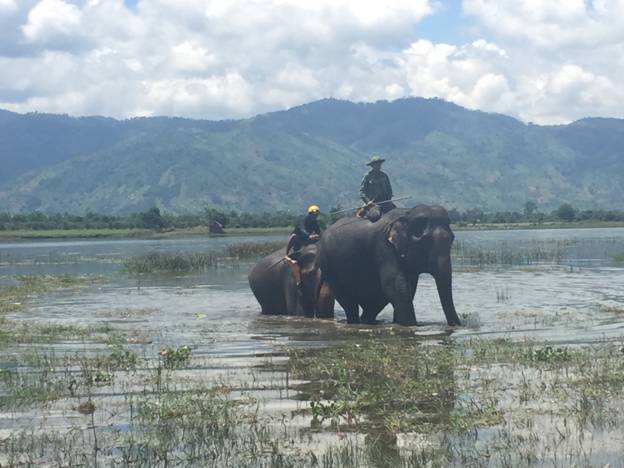 Ban Nang and her nanny, H’Ban cross a stream.

Dak Lak Elephant Conservation Centre have collaborated with the Asian Animal Foundation to send veterinarians and experts to consult and take care of Ban Nang. She is expected to give birth naturally at the end of September.

Ban Nang’s owner said the elephant was an orphan and taken care of by another female, H’Ban. But when Ban Nang grows up, H’Ban was already moved to a new home.

Vu Van Dong, deputy director of the provincial Department of Agriculture and Rural Development, “This is a positive sign for elephant conservation work. We’ll closely monitor the elephant as she’s not very young.”